Figure 3 - Reworking the Kit Calipers to match the real thing

I’m going to use my blog to document, with words and pictures, my project for the 2018 IPMS/USA National Convention in Phoenix.  My project is a Tamiya 1/12 scale Porsche 935. This build will include Scale Motorsports update set for this kit.  One aspect of this hobby I enjoy is the history of the subject I choose to model.  It has been said that our hobby is history you can hold.

Let’s start with some background on this subject.  In 1974, Porsche introduced the 930 Turbo. Yes, the Porsche Turbo has been around that long. To homologate the 934 for Group 4 and the 935 for Group 5, 400 930s had to be produced over a two year period. In 1976, the FIA (the international sanctioning body for auto racing) introduced rules for Group 5 Special Production Cars, a silhouette formula based on homologated production sports cars.

Porsche has always been good at reading the rule book. In the case of Group 5, the rules said that fenders are free. The intent of the FIA was to allow for the use of wide tires. Since the headlights of the 930/934 are in the front fenders, Porsche used the rule to move the headlights to below the bumper and created the iconic slope nose shape of the 935.

The kit for this project is the 1/12 scale Porsche 935 from Tamiya. This kit was originally released in the late 1970s. Scale Motorsports released a detail set for this kit when the kit was released in the early 2000s. The set includes 550 additional photo-etched and turned metal parts and new Martini stripe decals.

The first assembly is the front suspension.  This includes the brakes, struts, and hubs.  The brake assembly consists of rotors, calipers, and cooling ducts.  Strut and hub are an assembly with the shock absorber, spring, and steering arm. We are going to start with the brake system.

Building up this assembly starts with the brake caliper.  The 935 used the same braking system as the 917 ( 1969-1973). The caliper, from Girling  is 4 piston caliper casting (fig. 1 and 2).  The Tamiya caliper si a 2 piece assembly. The Scale Motorsports set has no details for the caliper.  Details shown in Fig 3 were added using Detail Master parts and Evergreen rod.

My Blog, My Porsche

Thank you for contacting us! If needed, you will hear back within 48-72 hours. 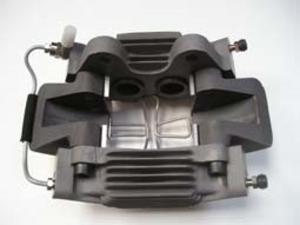 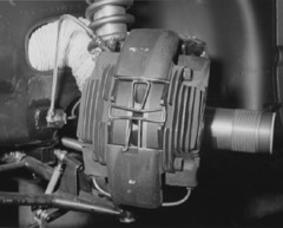